Euler Angles and How to Report Them in Calypso

Euler angles are a series of rotations about three angles, which are shown by α, β, and γ. (Euler angles can also be referred to as roll, pitch, and yaw.) Euler angles describe the orientation with respect to a fixed coordinate system. 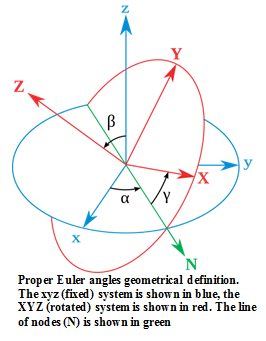 Intrinsic rotations are basic rotations that occur about the axes of a coordinate system XYZ attached to a moving body. Think robotic arm.

Extrinsic rotations are basic rotations that occur about the axes of the fixed coordinate system xyz. The XYZ system rotates, while xyz is fixed. This is how the CMM works using a fixed start point. Starting from the fixed xyz coordinate system the XYZ is rotated by a series of three rotations to reach any target orientation for XYZ. The Euler (α, β, γ) are the results of these basic rotations. For instance, in our next example our orientation can be reached as follows:

In summary, the three basic rotations, in both the intrinsic and extrinsic examples, occur about z, x and z. Indeed, this rotation sequence is often known as z-x-z (or 3-1-3).

Euler angles in Calypso are reported in Radians. In our examples below we will multiple by the radian conversion 57.295779513 to convert them back to decimal degrees.

How to Report a Euler Angle

We will use Result Element to report the results of our Euler angle formula.

Let’s break this down rotation by rotation for this first example. Our entire rotation sequence in this example will be using the z-x-z or 3-1-3 example as above. Using the rotations below.

The new X axis becomes our Node (the green line in the above diagram (N)) this gives us the Euler angle α.

You will see below this is Euler1 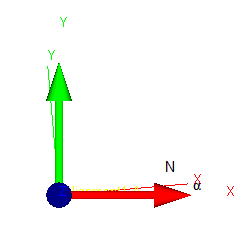 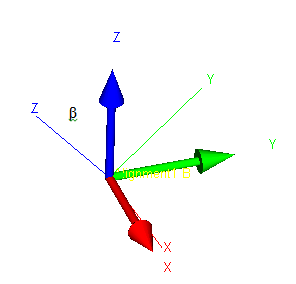 The new Z axis gives us the Euler angle β. In Calypso this will be Euler2. 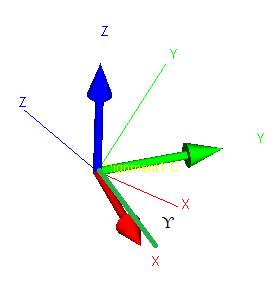 Using the example above we have rotated Alignment1 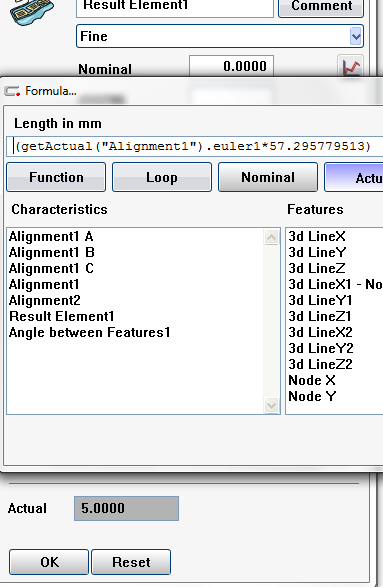 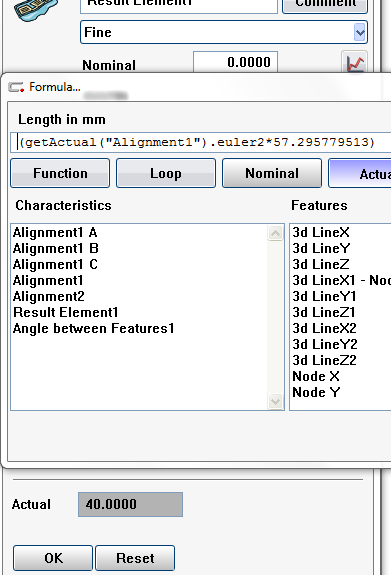 This is from the Node to the new X created after the final rotation. 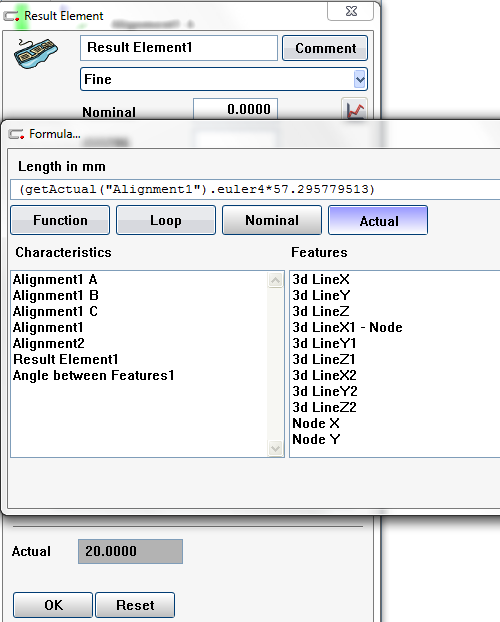 In this example we created an Alignment with the following rotation

The new Y gives us the Euler angle α. 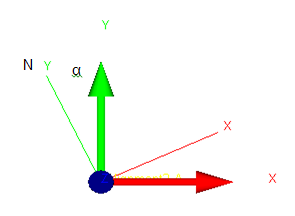 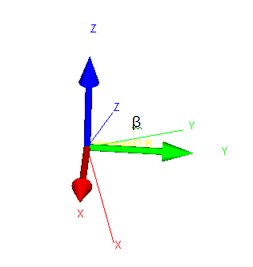 In the diagram below the green dashed line is the Node (the new Y location based on the first rotation). 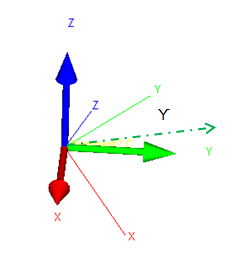 Using Result Element the Euler angles are reported as shown.

Euler angles can be used in formulas, verification of rotational alignments, reporting deviations along a particular axis, etc…. The intent here is to show what they are and how they are reported using Calypso.

A common question about profile is, if I take the minimum and the maximum values of my profile output they don’t add up to the profile results value. What is happening with the profile calculation?